The artist was born in 1953 in Rzeszów. In 1973 she graduated from the Secondary School of Fine Arts in Jarosław. In 1973-1979 she studied at the Sculpture Department of the Academy of Fine Arts in Krakow. Diploma under the supervision of prof. Jerzy Bandura was obtained in 1979.
Krystyna Nowakowska deals with sculpture, creating unique compositions in wax which are cast in bronze using the technique of "melted models". The results of her work have been presented at many individual and collective exhibitions in Poland and abroad, incl. at the "ARTEMIS" Gallery in Krakow in 2002, at the "Pro Arte" Gallery in Zielona Góra in 2003, at the Vollenhouve-Netherlands-galleries in 1992, La Galerie du City Concorde-Luxemburg in 1996, at the Konsthalle Solvesborg Sweden in 2000, at the Historical Museum of the City of Krakow in 2004, at the TAKT Gallery in Vienna in 2017, and many others. The artist also took part in many group exhibitions in Poland, Germany, France, Italy, Sweden and the Netherlands.
In 2006, at the 11th Salon of Art of the Creative Association "POLART" in Krakow, she received the Silver Medal, and at the 15th Salon in 2010, a gold medal. In 2011, taking part in the Art Salon on the occasion of the 100th anniversary of the Association of Polish Artists and Designers of the Krakow District 1911-2011 at the Palace of Arts in Krakow, she received a "GOLDEN FRAME "  award in the field of sculpture. In 1987, she received an artistic scholarship from the Minister of Culture and Art for her creative and sculptural work, and in 1988 a creative scholarship from the City of Krakow. In 2016 she was awarded by the Minister of Culture and National Heritage of the Republic of Poland with the Bronze Medal for Merit to Culture - Gloria Artis.
The artist's sculptural works are in the collections of the Historical Museum of the City of Krakow, in the collections of the City Gallery in Csongrad (Hungary), Mikołów and Iserlohn in Germany, in the Museum of the PRL in Nowa Huta, in private collections in Poland and abroad, e.g. in Krakow, Warsaw, Hungary, Bolivia, France, the Netherlands, Japan, Germany, Norway, Switzerland, Sweden, USA, Italy.
The artist has repeatedly participated in the International Art Openings in France and Germany and in exhibitions organized there, she also took part in the sculpture symposia in Iserlohn - Germany and in Csongrad - Hungary.
During the open air in Mikołów, she made a bronze sculpture, which has been set on a marble plinth in the city center. Krystyna Nowakowska is a member of the Association of Polish Artists and Designers, a member of the Society of Friends of Fine Arts in Krakow and the Creative Association "Polart". 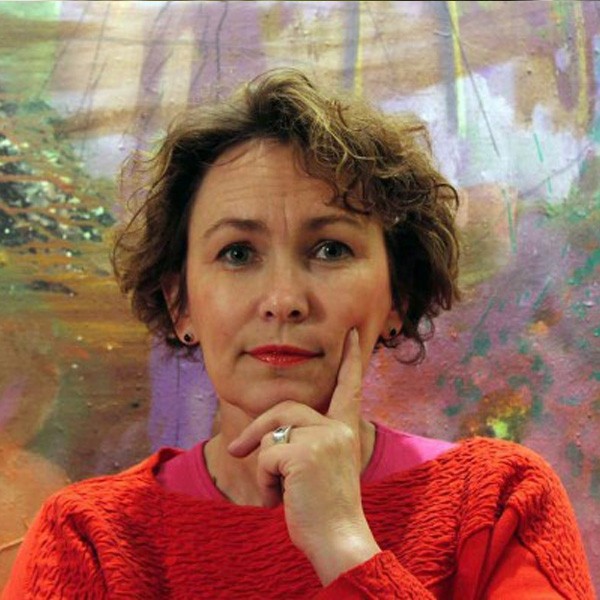