Sylwester Ambroziak was born in 1964 in Łowicz. He studied at the Faculty of Sculpture of the Academy of Fine Arts in Warsaw, diploma in the studio of prof. Grzegorz Kowalski in 1989. He presented his works at over 120 individual exhibitions and took part in over 150 collective exhibitions in Poland and around the world. He was a multiple scholarship holder of, among others, the Notoro Foundation and the Polish Sculpture Center in Orońsko, the Culture Foundation and the Kulczyk Foundation. He was nominated for the Polityka Passport award three times in 1994, 1999 and 2008.
Ambroziak deals with sculpture, drawing as well as installation and experimental animated film. His sculptures are mainly large-sized figures in wood, although now he also uses silicone, acrylic masses and epoxy resin.
He made his debut as a student, presenting his actions and sculptures several times before his graduation at Galeria Dziekanka and at the Academy of Fine Arts. These works were part of the New Expression trend in the art of young people. Also in his later works, the artist bases his style on expressionist means of expression: simplifying and brutalizing shapes, redrawing proportions, and contrasting polychrome. His sculptures were influenced by primitive, archaic and folk art, including the characteristic formal features of African figures and masks. Ambroziak compares the role of a contemporary artist with the actions of a shaman - an artist, priest and healer. In his works, he willingly takes up ancient motifs and themes, presenting them in a completely non-classical form. His second favorite theme are biblical and Christian motives, often subjected - starting with a drastic diploma - to be interpreted and updated far from canon and doctrine.
The political situation in Poland in the 1980s and the dominant role of Catholicism in Polish society played an important role in Ambroziak's work. On the other hand, the artist reacts to contemporary mass culture (including comics, cartoons, science fiction movies) and aggressive media messages. The figure of a doll is used by him to confront the unrestrained child's imagination with the constant struggle with brutal reality. The grotesquely deformed, scaled and rough figures of Ambroziak are almost provocatively ugly. Called by the artist "Minotaurs" and "Puppets" - humanoid creatures with anonymous faces - at the same time bear witness and challenge our present day. 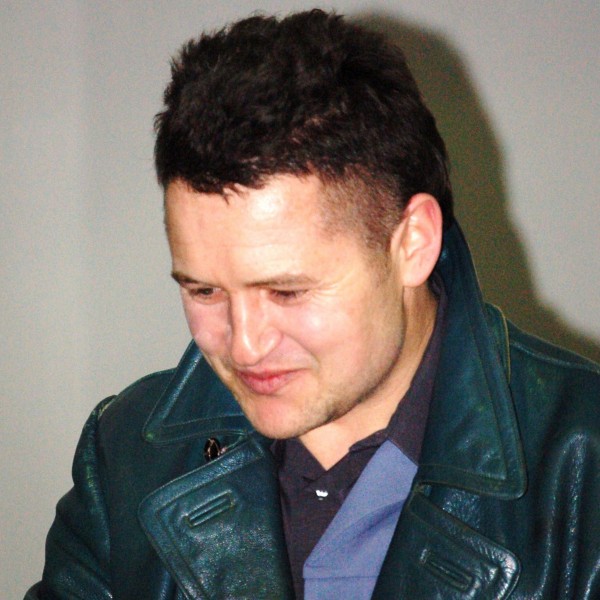