Witold-K. (Wit Kaczanowski) was born on May 15, 1932 in Warsaw. His father, Feliks Kaczanowski, was a longtime director of the Psychiatric Hospital in Tworki. The childhood and the period of the German occupation, which he spent behind the walls of the hospital as a child, left their mark on the artist's later work. "There is no greater loneliness than that which is relegated by mental illness" - notes Witold-K.
He studied at the Academy of Fine Arts in Warsaw at the Faculty of Graphics. He was a student of Eugeniusz Arcta, Henryk Tomaszewski and Wojciech Fangor, who remembered him in this way years later: "During the exam, he approached me politely, but firmly, asked for the highest grade. He had no doubts that this was what he should get. After seeing his work, I had no doubts either. "
He completed his studies in 1956. From that moment, he took part in exhibitions presenting the youngest generation of Polish artists, including at the Exhibition of Young Artists in Warsaw (1956) or at the painting exhibition at the National Museum in Warsaw (1961). The artist's first individual exhibition took place at the SPATiF Actor's Club in Warsaw (1959). In the same year, he was chosen to create a mural at the Oświęcim Cultural Center, which is one of the largest paintings of this type in Europe. In his work Witold-K boldly went beyond traditional painting forms, creating sculptures, posters, and theatrical scenery.
In 1964, thanks to a scholarship from the Ministry of Culture and Art of the People's Republic of Poland, he left for Paris. He brought from Poland the manuscript by Stanisław Cat-Mackiewicz, which was then published by the Paris-based Kultura. The Security Office found out about the fact, which made Witold unable to return to Poland for many years. He met, among others, the writer and poet Jacques Prévert, who wrote a poem about his art. Through Prévert, he met Pablo Picasso, who painted a portrait of the artist. Françoise Sagan, the most important post-war French writer. Witold's first foreign exhibition took place at Galerie 3 + 2, surprising and winning the recognition of French critics. As Philippe Caloni wrote in "Pariscope Magazine": "These disturbing paintings are one of the greatest achievements of contemporary art, and their creator is one of the greatest painters of tomorrow ".
In 1968, during a student revolt, he decided to go to the USA. First, New York became his stop. A year later, he moved to California, where he opened his first studio-gallery in Los Angeles. He also lived and worked in Santa Fe and Denver,. "There you can feel the power of space" - says the artist. His stay in the USA resulted in new cycles, such as "Black Holes", "Green Holes", "Lines" or the famous "Loneliness". A theme taken from the situation observed by the artist: New York, website a shop with luxurious furs, against the background of which, on the pavement, a homeless man was huddled, hence a symbolic posture in subsequent paintings of this series, devoid of hallmarks, anatomy details, barely a few geometric shapes, all forming a metaphor of abandonment and loneliness.
Witold-K was the first Pole to have had a retrospective at the oldest auction house in Amsterdam - Sotheby's (2007). His works have been shown at over 70 exhibitions, including 40 individual ones, incl. at the Otis Art Institute of Los Angeles County (retrospective exhibition in 1973), at the exhibition "Graphics by Masters" at La Boetie Gallery in New York (next to works by Picasso, Chagall, Miró, Braque and Giacometti, 1968), in Warsaw Zachęta (1991), Łazienki Królewskie (2004) and at the National Museum in Krakow (2013).
Witold-K is a laureate of many awards and distinctions. Just mention, among others Award of the Congress of Freedom of Culture (1965), awarded by the Minister of Culture and Art of the Republic of Poland with the Badge of Merit for Polish Culture (1997), awarded by the Minister of Culture and National Heritage, Silver Medal for Merit to Culture Gloria Artis (2013).

Currently, he lives and works in his studios in Warsaw and Konstancin. 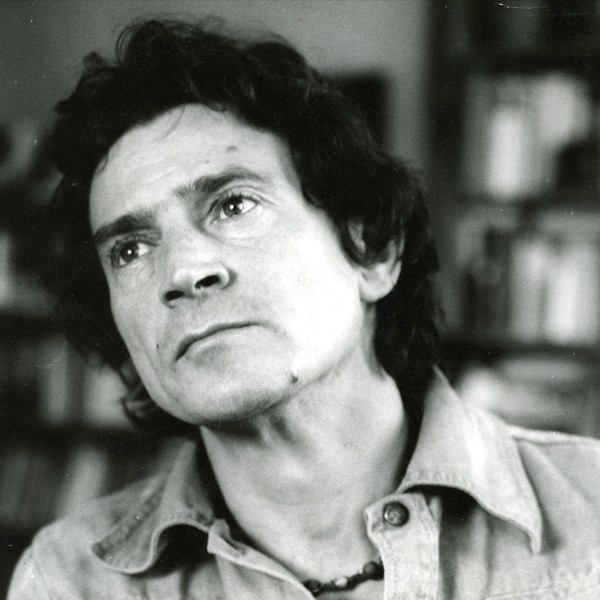