> Krystyna Nowakowska i Sylwia Mużyło | THE FIELD OF VIEW

Krystyna Nowakowska i Sylwia Mużyło | THE FIELD OF VIEW

THE FIELD OF VIEW/ Krystyna Nowakowska i Sylwia Mużyło 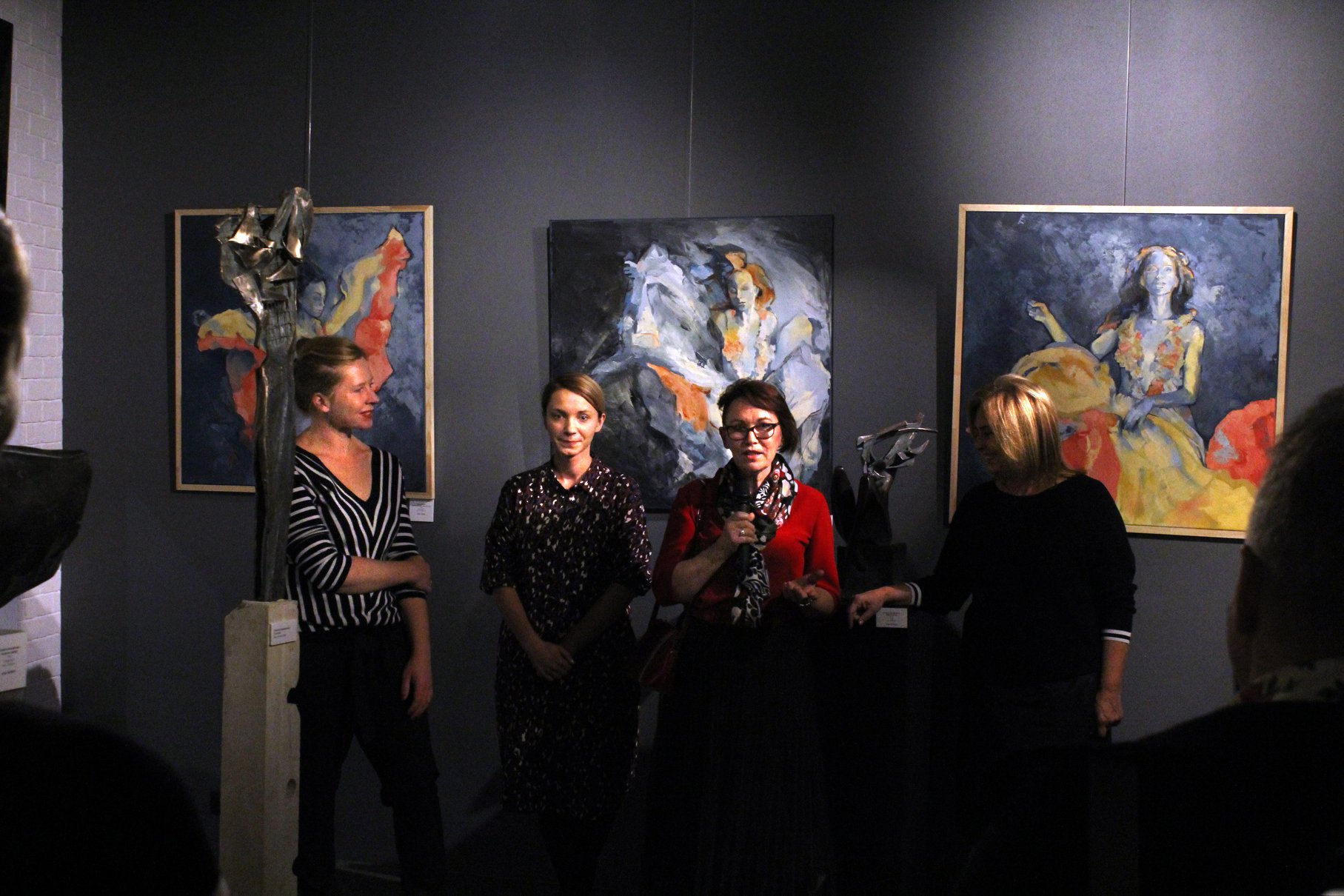 "THE FIELD OF VIEW is the title of the exhibition of sculptures by Krystyna Nowakowska and paintings by Sylwia Mużło. The starting point of the exhibition is the figure of a woman, interpreted by each artist in their own individual way. The exhibition showcases artworks created over the last few years.The work of Krystyna Nowakowska, homogenous and consistent, focuses on an interest in the human figure. The artist, using one of the oldest techniques of creating bronze castings through the lost wax method, implements multi-threaded cycles that are characterized by an original and recognizable style. That is the consequence of the expression extracted through the characteristic deformation, or rather the disfiguration of the human figure. Openwork, rhythmization of full and empty forms, the play of light and shadow, make the space seem as material as the sculpture filling it. Subtlety, lightness and mystery are integrated with the roughness of the texture and the sharpness of the form. The characters, or rather the heroines of her works, are not part of the illustration of a particular situation, but represent a metaphor. Deprived of heads and other personalized elements, they become the starting point for reflection on the universal issues of human existence. Nature is not a prototype for the sculptor, but it inspires the artist’s creations. In that much is detectable, but also as much remains in the sphere of speculation.Sylwia Mużło paints mainly women. The heroines of her works are shown in different situations, at different stages of life. They appear in a variety of poses and sceneries. From the not thoroughly defined background, most often marked only with decorative ornament, more characters emerge, provoking the recipient to reflect on the symbolism of depictions. The source of this symbolism are the works of the canon of painters with whom Mużło enters into an artistic dialogue. Consciously blurring the border between what is fictional and what is real. The artist manages to achieve this using frugal formal means, limited color palette, consisting largely of blues and grays. The painter places her heroes in an unspecified space, but gives them attributes that characterizes them in some way. Mużło uses images of familiar people, often also reaching for a self-portrait, converting real characters to the world established on canvas. A world where nothing happens literally, but anything can happen. Exhibition curator: Paulina Świerczyńska 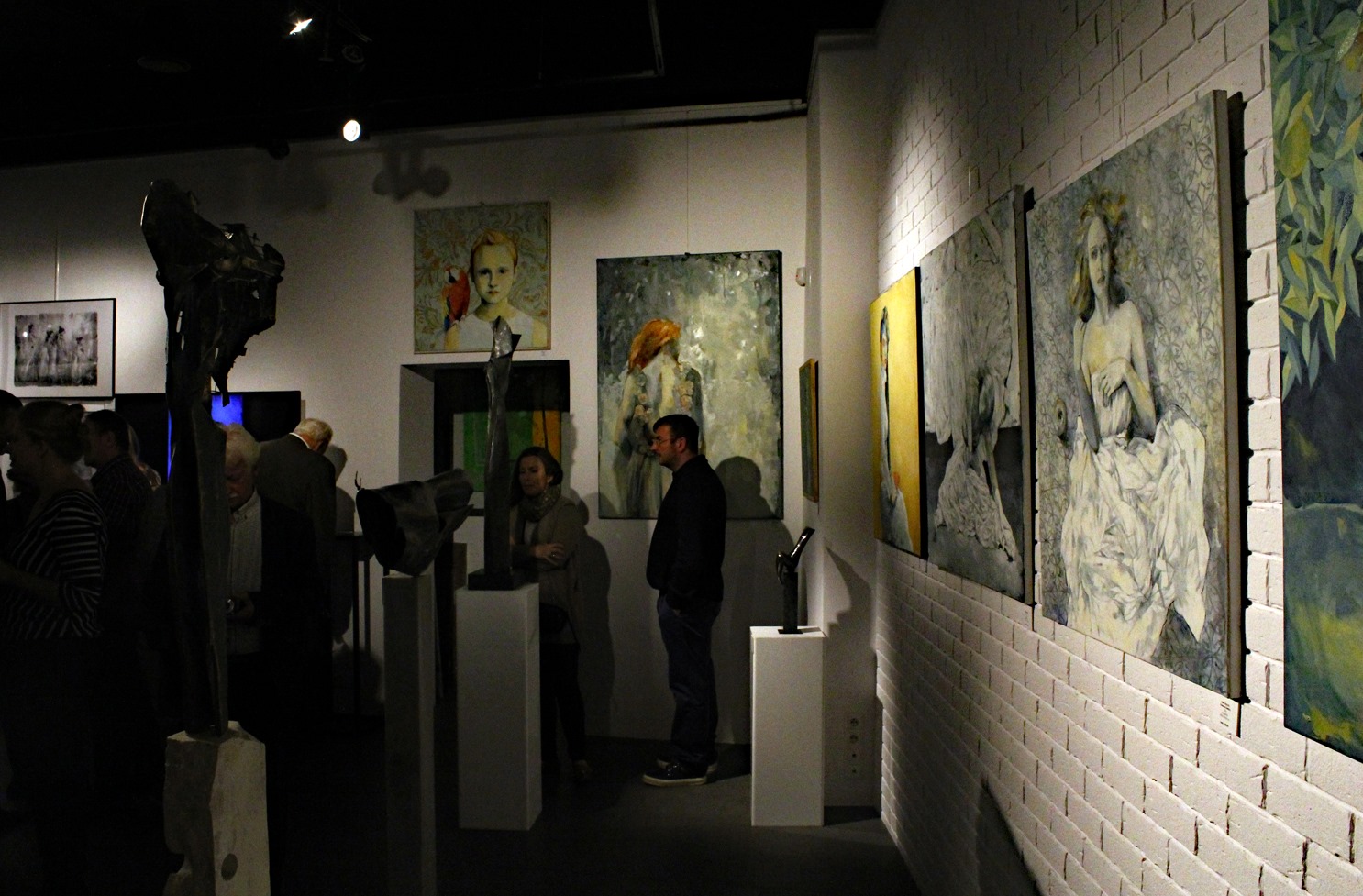 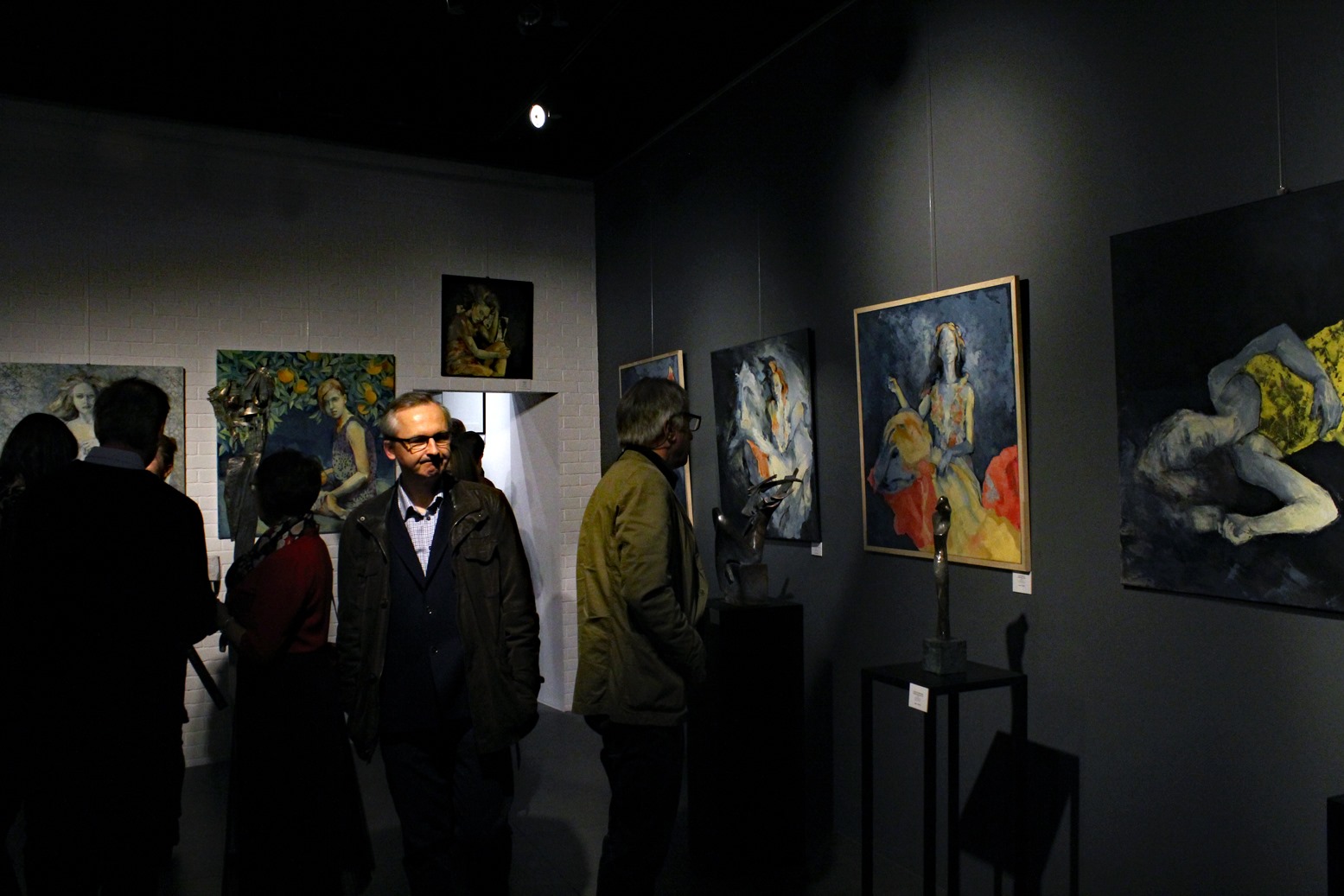 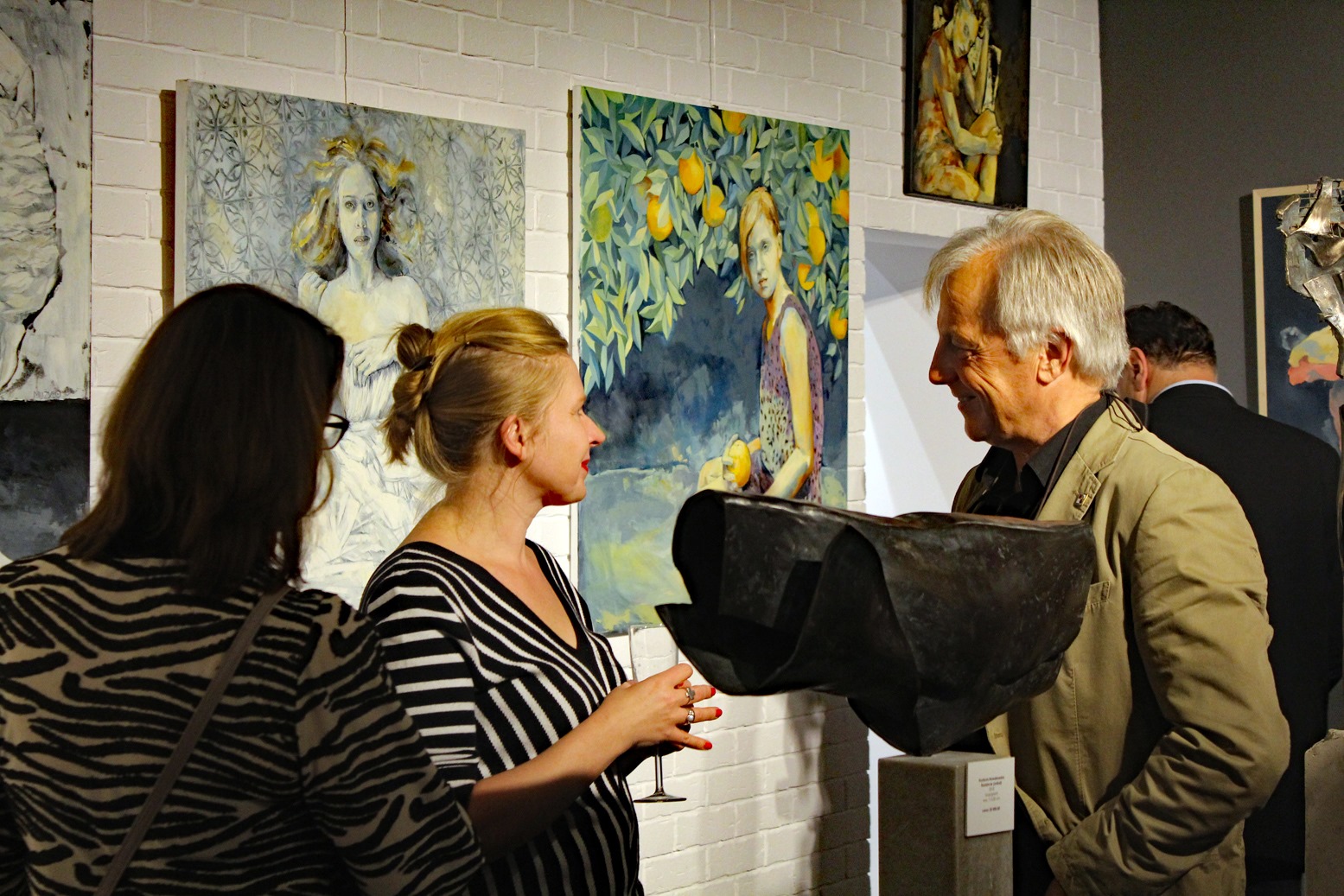